Roll of Honour by Amandeep Sandhu

Clearly there are three issues that make up the 242 pages of Amandeep Sandhu’s second book, Roll of Honour.

The first is the life of Appu, the protagonist in his last year in an army school in Jassabad, Punjab. Albeit a little surprised at the level of sexual abuse that goes on among the boys at an army school, the bullying of juniors by senior boys, if one has been a boarding school product, like I have, you realise that there is one thing or the other that does plague a boarding school, especially when the lights go out and the students find their freedom to go wild. But in the light of the goings on outside the school and in Punjab at large at that point, one wonders if the violence expressed inside the school, is not compounded by the disturbance outside.

Secondly, the book is set in the year is 1984. It is a year marked for state sponsored carnage against the Sikhs by the then late Indira Gandhi’s Government. The monk turned Leader, Bhindranwale fighting for the right for a separate state, Khalisthan, for Sikhs is killed and has now has become a martyr. His movement gathers youth and old alike towards the issue of a separate state. Just at that time, Operation Blue Star happens causing a tremendous uproar in the country. The Sikhs rise in rebellion, deeply hurt at the desecration of their place of worship, The Golden Temple at Amritsar. Indira Gandhi is assassinated by her own Sikh bodyguards. All hell breaks loose. Thousands of Sikhs are killed across Punjab and Delhi, indeed the entire country, in what can only be termed as the most inhuman acts of state sponsored terrorism on the innocent.  In this background, our protagonist relates the gory incidents that take place to his friends at school and outside. Yet, his desire to leave school is not entertained by his father, who is battling to keep his son away from home, where a schizophrenic mother, could ruin his sons’ prospect of doing anything worthwhile in life, that being join the army. The dramatic sequence of events is related, the text shifting from the present to the past and back to the present.

Be that as it may, clearly, and most importantly, there is a deeper and denser meaning that emerges from the reading of this book, that being, the underlining, loud voice that literally shouts out to the reader revealing an insight into the relation between violence and sex. Freud stares out of the pages smoking a thoughtful pipe, his eye brows perched high on his forehead, a knowing smirk on his mouth, pointing facts one can’t turn one’s face away from –

(a)    Give a man freedom to have sex, he may never be violent.
(b)   Allow him to love and be loved, by whomever, without any gender bias and he may never resort to violence.
(c)    Take sex away from him, restrict it, and subvert it, the force of the suppression will well up as violence.
(d)   Both sex and violence is about power, they are two sides of the same coin.
(e)   Throughout the book, the power play of both spread their fangs on each page.
(f)     For the reader with an interest in Freudian interpretations of sex, one longs for what Sudhir Kakkar, our renowned Psychoanalyst, from Delhi would say about this book.

Is the author listening? 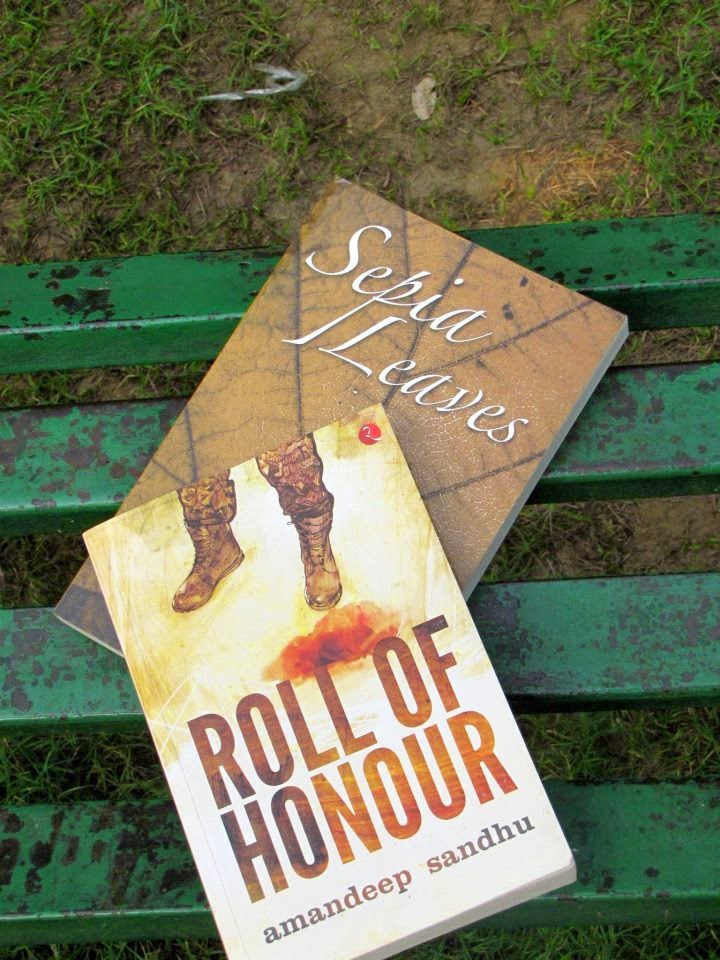 About the AuthorAmandeep Sandhu has been a farm hand, a shop assistant, a tuition master, a journalist with The Economic Times, and now works in the IT industry. He has also lived in various parts of the country, and currently resides in Delhi. His first book Sepia Leaves (2008) was about life under the shadow of schizophrenia.