Ziauddin Sardar’s book, Mecca, The Sacred City, is first a labour of true love of Macca and then a scholarly book, written by one, who wanted to mix history, religiosity, faith and devotion together and write a book, which leaves an enduring feeling of living in the times of The Prophet Muhammad, the years after his death and the historical importance of Mecca as a trade centre. The book however ends in a sour note on how Saudi Arabia is turning the holy city into “Saudi Las Vegas”.

“As far as the Saudis are concerned, Mecca has no history before Muhammad, or after Muhammad. Their denial of history is based upon a single reason. They do not want anyone to venerate Muhammad. The fear is that historical sites, rather than God, will become objects of worship. There is no place for history, art, cultural property, debate or dissent, the diversity and plurality of what Mecca ought to be. The Sacred City is a microcosm of the Muslim world. Mecca is making a categorical statement. The Muslim world is in a dire and perilous state.”

For a man, growing up as every Muslim around the world does, the first lessons learnt on his mother’s lap were to read the Qur’an, facing the direction of Mecca. It was his dream to visit Mecca for what every Muslim is taught to do, at least once in a lifetime, going on Hajj.  Imagine his luck, then, when in 1970, he was asked to join the Hajj Research Centre in Jeddah where he worked for five years and went on Hajj five times.

The Hajj as we are told began to be called so, when the first one was performed by The Prophet himself.

Sardar tells us: “The Prophet lead a procession of 90,000 people – men, women, husbands and wives, all dressed in what became the traditional garb of the pilgrims: two simple white unsewn sheets of cloth, one serving as loincloth, the other draped over the shoulder. The women dressed plainly in white. “

Then the people travelled from Madina, where the Prophet lived back to where he was born, Mecca where they reached at night. In the morning, we are told, “Mohammad went direct to the Sacred Mosque and made seven rounds of the Kaaba, after which he prayed at the Station of Abraham. Then he ran seven times between the hills of Safa and Marwah “ with his huge following. A day or so later, Muhammad rode to the valley on Mina and stayed there for a day and night and in the sunrise of the next morning he proceeded to the Mount of Mercy on camel back, from where he gave his sermon. On the tenth day, having thrown pebbles against the symbol of Satan. “After arriving at his tent, he sacrificed sixty-three camels, one for each year of his life, and distributed the meat amongst the poor. Finally, The prophet shaved his head and declared that the pilgrimage was complete.”

These ten days, began to be known as Hajj.

The first two chapters of the book give a fascinating history of Mecca and the reason why this book had to be written. Inspired by the 14th Century Travel writer and chronicler, Ibn Battuta, the author too himself followed in his step to make five Hajj to Mecca, the last being on foot and a jolly good camel with a mind of his own called Genghis.

The ancient city is today nothing of what it used to be and the author laments that being in the hands of Saudi Arabia, it stands to lose even the last reminiscence of the past.

Excerpt from the book:

“Modern Mecca is a city of contradictions. And the contradictions start with the name itself. Mecca, the name of the Holy City, is the original transliteration of the Arabic name. But in English, Mecca is used more widely as a generic term, meaning ultimate destination; a magnet that attracts people in large numbers; or an activity centre for people with a common interest—we refer to Los Angeles, for example, as the Mecca of show business, to Paris as the Mecca of chic fashion. Saudi officials have complained at such ‘derogatory’ usage. They see the name of the Holy City in such labels as ‘Mecca Bingo’, ‘Mecca Motors’, and worse, Mecca as the name for loosely clad American girls, as sacrilegious. So, in the 1980s, the Saudi government officially changed the spelling from ‘Mecca’ to ‘Makkah’, the old spelling, to emphasize the uniqueness of its holy and traditional character. Makkah, or more fully Makkah al-Mukarramah (Mecca the Blessed), is now used by Saudi government institutions as well as international organizations such as the United Nations, the US Department of State and the UK Foreign and Commonwealth Office.

‘Makkah’ may be blessed, but the more spiritually oriented Meccans, the descendants of the old and established families of the city, find nothing particularly ‘holy’ in the recycled designation of ‘Makkah’. What is evident to them is a city of proliferating bling, a haven of consumerism and opulent tourism that have usurped spirituality as the city’s raison d’être. They call it ‘Saudi Las Vegas’.

Be that as it may, don’t shut the book yet – from page 244 – 274 the delightful tales of visits to Mecca by the Indian Mughul emperor and Begums is not to be missed at all. A fascinating journey that! And for the fact that Mecca, The Sacred City is perhaps one of the most engaging books of history one can ever read.

Largely academic in nature, the author has packed in a lot of data which would delight a historian or a reader interested to know about Mecca, The Sacred City.

The Garamond typeset in which the book is printed, is soothing to the eyes and in keeping with many books which are slotted among Travelogues. 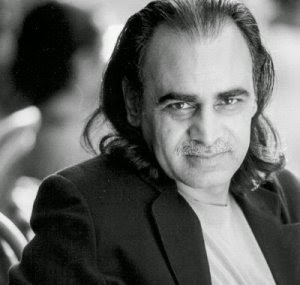 Ziauddin Sardar was born in Pakistan and grew up in Hackney. A writer, broadcaster and cultural critic, he is one of the world's foremost Muslim intellectuals and author of more than fifty books on Islam, science and contemporary culture, including the highly acclaimed Desperately Seeking Paradise. He has been listed by Prospect magazine as one of Britain's top 100 intellectuals. Currently he is the Director of Centre for Postnormal Policy and Futures Studies at East West University, Chicago, co-editor of the quarterly Critical Muslim, consulting editor of Futures, a monthly journal on policy, planning and futures studies, and Chair of the Muslim Institute in London.