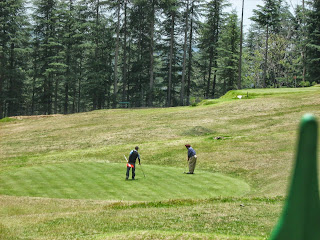 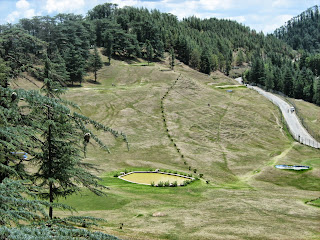 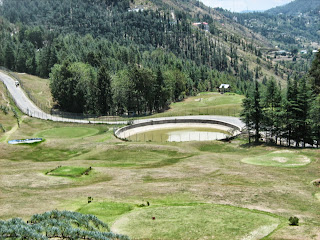 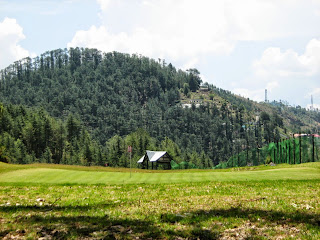 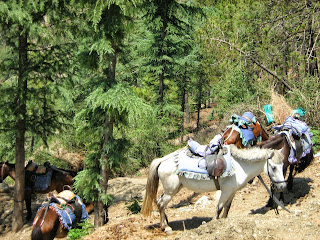 The last Viceroy of India, the controversial figure, Lord Curzon may well be remembered for this beauty he discovered only 20 km away from Shimla – Naldehra. It was the end of the nineteenth century when Lord Curzon discovered this place and fell head over heels for the place. In fact, it is said that he would abandon the Viceroy’s Lodge in Summer Hill, Shimla and disappear for days to Naldehra, communicating and controlling his office by messages and heliograph.

The central attraction of Naldehra is the lush green Golf Course with 68 courses and 9 holes, the layout of which was suggested by Lord Curzon himself. The course is surrounded by wooded forests and the wide view is simply spectacular!

Lord Curzon was so besotted with the place that he named his youngest daughter Alexandra ‘Naldehra’ as her middle name.

Naldehra with her pristine beauty is not over populated with human beings. Except for the horses, their care takers, the Guides who wish to show you around, the transit visitors, normally speaking the place is just an enormous emerald green patch on earth. To reach there, the closest place (10 kms away) is Masobra, which is fast losing itself to become an extension of Shimla. It is only a matter of time therefore, that the emerald green muse of Lord Curzon’s life, will turn to patches of grey ugly buildings.

Hav heard of this one but never been there. Looks beautiful through your pictures.

It is beautiful Mridula. Visit before it is all gone to grey blockds:(

it looks beautiful! one more place added to the list of places i want to visit when i FINALLY visit shimla... lets just hope its soon!

What does emerand mean? Just curious!

Durga,
Emerald is a green semi precious stone? You have detected a spell mistake. Thanks!
Julia

Lord Curzon - another great guy - that present India should be thankful to. For his relentless Taking against the British authority courageously for ensure equity between British and Indian soldiers (for this he had to pay a very heavy price - his viceroyship and honour subsequently). He died almost a broken man - with his pride intact though. And for saving India - Sanchi was revived because of him, the Taj was not destroyed slowly because he took actions. what a man!

Oh !like Lord Curzon I would never want to return from a place like that. You are lucky to have been here. Simply stunning.

Catching up on your posts. The new background is very nice. Have a good holiday.

Amrita,
Oh really it is lovely! I have had some extra luck this season - lots of travel :))
Julia

Yes I agree Amrita and Durga,
Curzon was great!
Julia


Thanks for sharing such a nice blog post.i am getting a good knowledge about my product certified gemstone online


Thanks for sharing such a nice blog post.i am getting a good knowledge about my product certified gemstone online